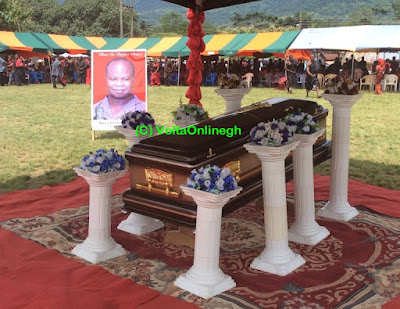 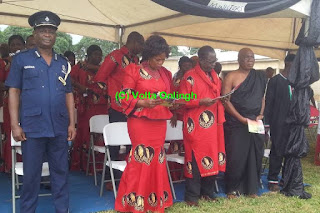 The Volta regional minister, Helen Ntoso in a tribute described the late Nana Akatah as a ‘gentleman’ who was diligent in his duties.
She also noted Nana Akatah, who was the first substantive DCE for Biakoye, with its capital at Nkonya-Ahenkro, didn’t enjoy his position due to the protracted land dispute between the people of Nkonya and Alavanyo, which has led to sporadic attacks.
Mr. Michael Adjaho, DCE for Agortime-Ziope, who also double as Dean of Volta MMDCEs said the death of their colleague was a big blow to them, stating that ‘ in less than a year, we’ve lost two of our hard working colleagues. Early this year we buried our former colleague DCE for Nkwanta South, Peter Kenyenso who was gruesomely murdered in November last year and here we are, today burying another colleague.”
Also present at the funeral was Air commodore Steve Obimpeh (rtd) a presidential staffer as well the catholic Bishops of Ho and Jasikan dioceses respectively, Bishop Francis Lodonu and Gabriel Mantey.
Here are shots from the funeral by Lambert Atsivor 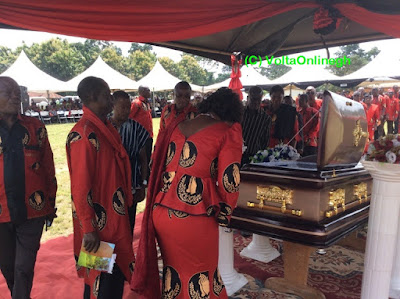 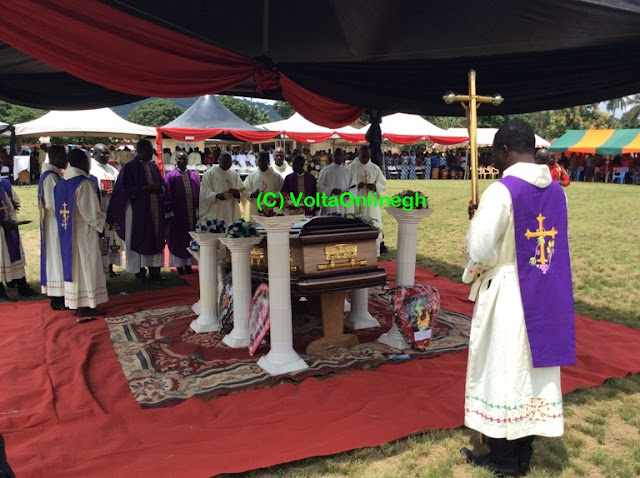 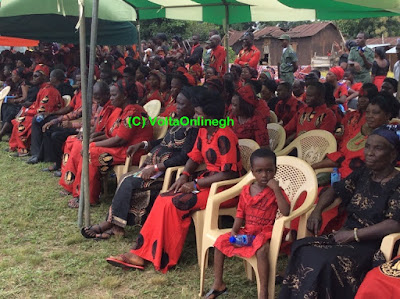 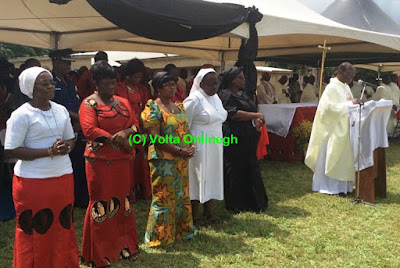 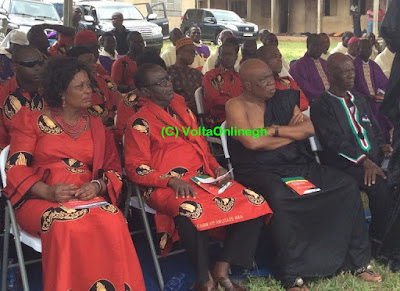 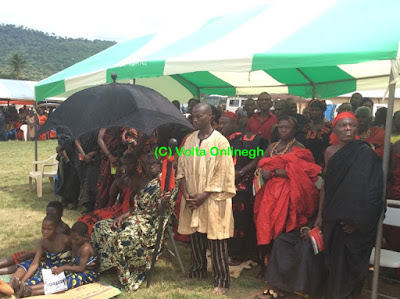 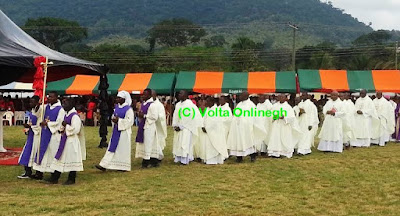 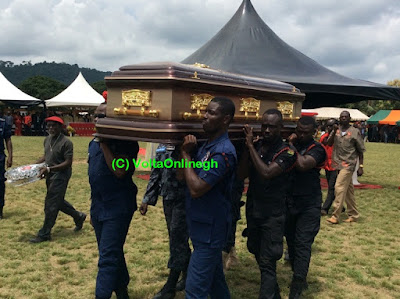 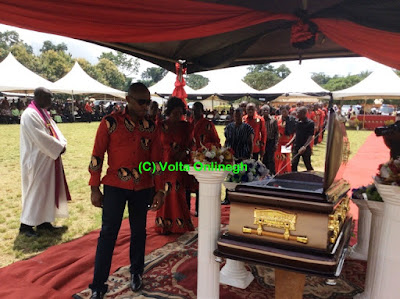 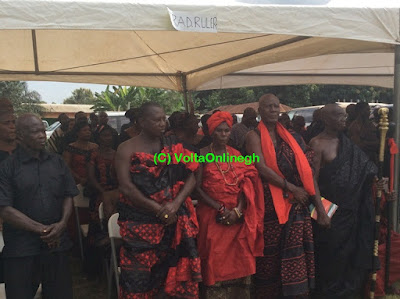 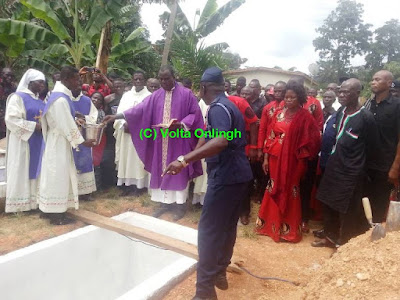 ‘LIVE UP TO YOUR RESPONSIBILITIES’ AZUMAH MENSAH URGED PARENTS