MAN, 30, to face Court for allegedly… 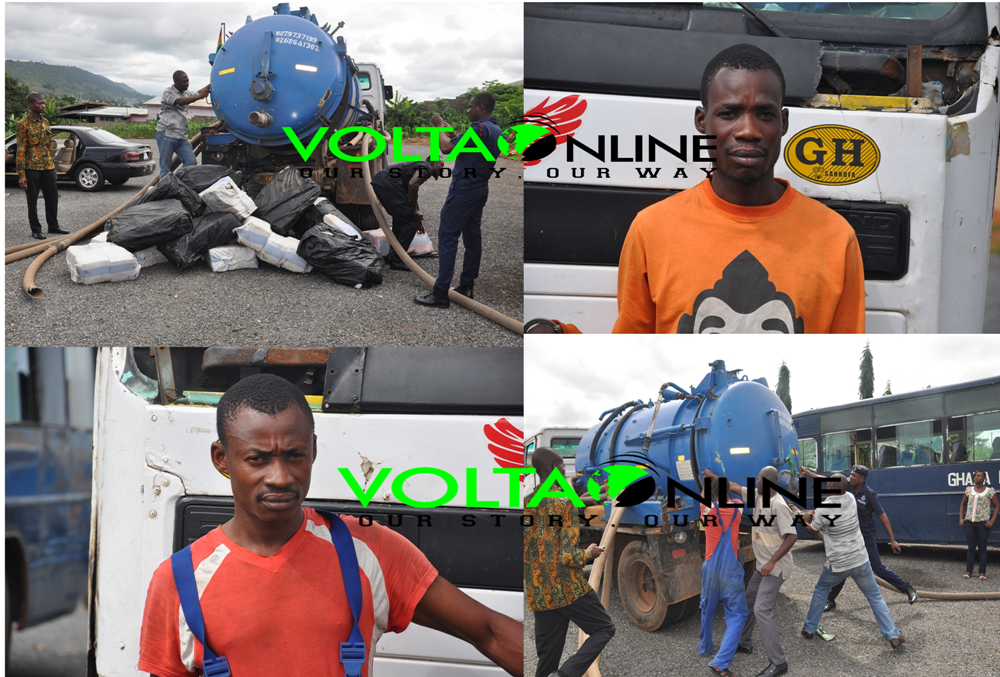 Luck eluded two brothers in an attempt to outwit security personnel by using a septic truck to transport large sums of dried leaves suspected to be Indian hemp popularly known as “wee”.
The Ho Police on Tuesday dawn busted the brothers, Kwabena Owusu, 30 and Yaw Baffo, 20 when the septic truck otherwise used for transporting human excreta was intercepted at mile 48 near Agbokofe off the Ho-Aflao Highway.
This is the latest among several other ploys adopted by drug dealers and smugglers in the region to outwit the Police and other security agencies. In the past, the stuff were concealed in very expensive suit and brief cases which were rarely searched by the by security officials at various check points.  Other ploys include the concealment of the dried leaves under buses, engines and behind the inner body of vehicles. While some also stashed in animal feeds and other commodities.
According to the Volta Regional Crime Officer, Chief Inspector James Kofi Abraham, at about 2:30am Tuesday dawn, the Police upon a tipoff intercepted the septic truck with registration number, GT 598-J, stuffed with 40 mini sacks containing 2,096 slabs of the suspected India hemp.
Detective Abraham said the two told the Police they were from Achimota in Accra and had been called by one “Efo” to transport the dried leaves from Dzemeni, in the South-Dayi District to Aflao.
The culprits, Kwabena, driver and Yaw, apprentice who were pretending to be discharging human excreta were arrested and escorted together with the vehicle to the Drug Law Enforcement Unit (DLEU) of the Regional Criminal Investigation Department (CID).

Rehabilitated Adomi bridge to be opened to traffic