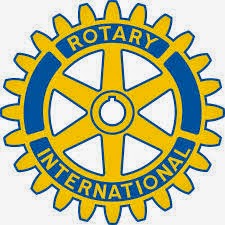 The Rotary Club of Ho has launched an education award scheme to help improve academic performance of basic schools in the Volta Region.
A statement signed by Mr Fred Duodu Takyi, Public Relations Officer of the Club, said the “Rotary Best Basic Schools and Teachers Award Scheme,” would be operational next academic year.
It said the scheme was in line with the Club’s theme of “Lighting up Education in the Volta Region,” and expected to motivate teachers to renew their commitment to the teaching profession, and foster healthy competition among communities, schools and pupils.
The release quoted Mr Rockson Kwesi Dogbegah, President of the Ho Rotary Club as saying it was “unacceptable” for the Region to place last in the last Basic Education Certificate Examination (BECE) and pledged the readiness of the Club and its partners to help address the situation.
Mr Dogbe said eligibility for the award would be based on hard work, commitment and performance.
Mr Bright Dey, Planning Officer at the Volta Regional Education Directorate, commended the Club for the initiative, and hoped it would improve learning outcomes, skills and performance in BECE results across the region.
Statistics from the Regional Education Directorate indicate that since 2009, the performance of school children in BECE had been decreasing with the average percentage pass of the region falling from 48.8% in 2009 to 43.7% in 2010. It further dropped to 38% in 2011 and again fell to 27% in 2012 but went up slightly to an average of 39%.
Credit: GNA
previous post

‘It will take miracle for me not to Win’- Abodakpi