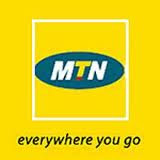 Ghana’s leading telecommunication network, MTN Ghana has commended the Agbogbomefia of the Asogli State, Togbe Afede XIV for showing sterling leadership in bringing development to his people and the nation as a whole.
A Manager in charge of Mobile Money Implementation at MTN, Peter Kofi Bimpeh who described Togbe’s efforts as exemplary, stressed that “MTN salutes Togbe for the many achievements in promoting development, creating opportunities for the youth and for creating a positive image of the chieftaincy institution in Ghana.”
Mr. Bimpeh was speaking at brief ceremony in Ho to present items and money in support to this year’s Asogli Yam Festival. MTN presented Asogli Festival Committee with GH¢5,000, a hamper of assorted drinks, GH¢1,000 worth of airtime and assorted MTN souvenirs to support the festival celebrations.
This year’s celebration marks the 10th anniversary of the enthronement of Togbe Afede XIV, Agbogbomefia of Asogli State. Presenting the items, he congratulated the Agbogbomefia on his 10th anniversary and added that “We are here to affirm our relationship with the chiefs and people of Asogli as we have done in the last six years.”
He said the presentation is a demonstration of MTN commitment to the promotion of the rich Ghanaian culture. MTN as part of its support towards the festival will also provide sponsorships for major activities, such as the grand durbar, health walk and screening exercise, a football gala and an entertainment show dubbed ‘MTN chill Zone’. 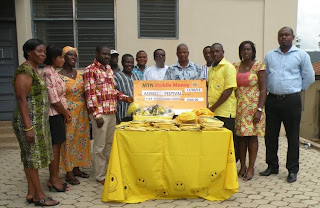 Mr. Bimpeh also announced that as part of the company’s corporate social responsibility programme, the MTN foundation is scouting for persons whose services have impacted their communities to be honoured as ‘MTN Heroes of Change’.
Togbe Kotoku XI, paramount chief of Kpenoe and chairman of the festival planning committee, receiving the items thanked MTN for their continuous support to the Asogli state over years and expressed the hope that their relationship will continue.

The month long celebration will be climaxed on Saturday September 21 with a grand durbar of chiefs and people of the Asogli followed by a state dinner. This year’s festival is under the theme; “Traditional Leadership and Development Re-defined.”