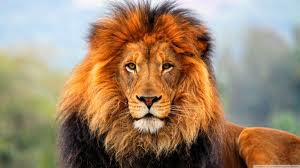 The Chief and People of Adaklu Wumenu and Dave located along the Ho-Aflao highway in the newly created Adaklu district  are living in fear, following reports that A beast-like animal suspected to be a lion, which terrorized them sometime in 2009-2010, has re-surfaced last week.
Togbe Adzimah II chief of Adaklu Wumenu, who broke the news to U.S FM last Thursday evening, said herdsmen who took their animals for grazing that morning reported that, they heard the roar of the animal in the bush which caused them and their cattle to take to their heels.
The chief said since the news got to the communities, the people, who are predominantly farmers are afraid to visit their farms.
Minutes after the story broke on US FM, that evening, a Police officer staying at Anyama near Adaklu Dave; Mr. Raphael Aglonu came to the studios in Ho with a photograph of his goat which was devoured by an animal on the night of Saturday August 20. On the photograph were the head and legs of the goat on the ground with no blood-stains around it.
Mr. Aglonu said a critical look at the paw prints of the animal; do not suggest that of a dog but a wild animal such as a lion.
This latest development has resulted in panic among residents including farmers, school children and market women who often use some foot paths in the bush to get to their various destinations.
Sometime in 2009, the chief of Adaklu Workpe, Togbe Dzamesi II was allegedly attacked by a lion when he went to inspect his new farm land.
The chief was subsequently taken to the Volta Regional Hospital where he was treated for over a month and his left arm amputated.
Meanwhile, Mr. Alex Agyei, park manager at the Kalakpa Game Reserve at Abutia Kloe near Ho, who heard the news on US FM, have led officers from the wild-life division of the forestry commission to the area on Friday to track the animal.
He also advised residents in the area to keep their animals in a pen and appealed to the people not to attempt to hunt the animal on their own as it might attack and kill them.
Togbe Dzamesi talks of his 2009 Ordeal
Narrating his ordeal to Togbui Ahorgo I on U.S FM morning show on Friday, Togbe Dzamesi said what he encountered in 2009 was a real lion, which attempted devouring him but he struggled with it and in the process the lion inflicted so much wounds on his left arm, which led
On how he escaped from the lion, the chief said he slapped the lion with his right hand and instantly the lion got muted and left.  When asked if he made some deity pronouncements before slapping the animal, he retorted “I am an elderly man”.
Togbe Dzamesi said when the incident happened in 2009, the youth embarked on a search which was supported on the first day by the police but the search which continued for days was finally curtailed because they could not trace the animal.
He therefore called on the authorities to respond swiftly to current resurfacing of the carnivorous animal in the area in order to safeguard the lives of the farmers.
He also said since his amputation in 2009, he no longer engage in farming activities, which was his source of livelihood and also use to carter for his children education. He is therefore appealing to kind-hearted individuals to come to his aid.
previous post

BITTER-SWEET RESULTS AT NDC PRIMARIES IN THE VOLTA REGION: