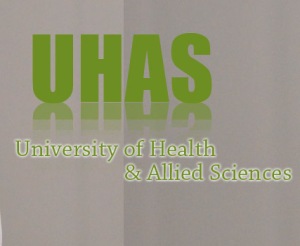 Professor Fred Binka, Vice- Chancellor of the University of Health and Allied Sciences (UHAS) has disclosed on Friday that, the university has received a total of 637applications from prospective students who want to be part of the pioneering students of the university.
Prof Binka said a total of 200 out of the number would be admitted to pursue different programmes in five schools of the University, which include the School of Medicine, School of Basic and Biomedical Sciences, School of Allied and Health Sciences, School of Public Health and School of Nursing and Midwifery.
He also noted that aside the School of Public Health which would be based in Hohoe, the rest four schools would be in Ho.
Prof Binka disclosed this at a meeting between the university council and the Parliamentary Select Committee on Education led by Mr Puozaa Mathias in Ho for the progress report on the establishment of the University.

Prof. Binka said the National Accreditation Board (NAB) had given the University initial accreditation and that it was ready to begin operation next academic year with its “key administrative and academic staff.”
He said the University also has enough lecture halls and hostel accommodation for its 200 students.
Prof. Binka said the University would have three semesters – two for academics and one for attachment in communities – to prepare students for community service.
He said two main pillars- research and community service – would make UHAS, a “University of a difference”.
Professor Kofi Anyidoho, Chairman of the University Council, said despite some minor challenges, classes would begin in the third week of October.
“We are putting finishing touches to a few things but hopefully, they will be done in two weeks and by the third week of October, we will start classes,” he said.
Prof. Anyidoho stressed that UHAS would be a University of a difference and called for the support of all.
Members of the Committee, who were visibly impressed by the report, commended the Council for its effort but some members called on the Council not to bite more than it could chew.
previous post

Gov’t yet to pay Contractors working on Ho-Adidome Road