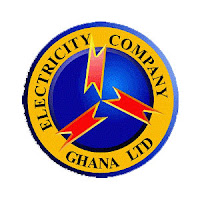 Some residents in the Ho municipality are expressing deep concerns over the erratic supply of electricity within the municipality in recent times without any prior notice from the Electricity Company of Ghana.
Over the past weeks, electricity supply within the Ho municipality has been so unpredictable with various parts of the municipality experiencing power outages on several occasions with the recent one occurring during the weekend.
On Saturday evening major suburbs within the Ho Township including Bankoe, Ahoe, the regional Coordinating Council, among others were plunged into darkness with power been restored later at night when residents were asleep.
The situation wasn’t different on Sunday as residents living around Ho RTC and beyond also had their fair share of the outage in the afternoon with Ho polytechnic and its environs including the SSNIT flats experiencing the outage in the evening at about 6:40pm, which lasted for barely an hour and half.
This erratic situation, according to some Students of the polytechnic is affecting their preparations towards their mid and End of Semester Exams, as some residents also lamented that their electrical gadgets are being destroyed by the frequent outages. They are therefore calling on the Electricity Company to come out and explain the erratic situation which is seriously affecting both lives and economic activities in the municipality.
After several attempts to get response from ECG officials, a customer service Rep has disclosed that the outages are part of a load shedding program being undertaken by the ECG. He however, fell short of details of how the program is being carried out within the municipality, as most residents are unaware of any load shedding program.

Meanwhile, Mr. Robert Amewuda Ho municipal ECG manager on Monday morning confirmed the load shedding in a telephone interview.
According to him, the company was forced to embark on an emergency load shedding in the Ho municipality in order to supply some electricity to Aflao and its environs which has loss electricity supply due to the complete burnt down of a GRIDCo sub-station there, caused by a thunder lightening on April 25.
He however gave the assurance that, electricity supply within the Ho municipality will be fully restored when GRIDCo completes the installation of a spare transformer being transferred from Takoradi to Aflao.
This situation comes on the heels of ECG Volta being adjudged the best performing region in the country for 2011.
previous post

HO Poly to get 2000- Capacity hostel through PPP