A parade of contingents from the Armed Forces, Police Service, Immigration Service, Prisons Service, Fire Service and Customs, Excise and Preventive Services, have taken place at the jubilee park in Ho on Friday to mark the 66th  Remembrance Day celebration of veterans who fought in the 1st and 2nd world wars.
Also on parade was a contingent of the Veterans Association of Ghana (VAG) who thrilled spectators with quick and slow marches in their smartly dressed attire with some in shorts with long socks to match their neatly polished black shoes.
The parade was under the command of Captain Gyekey Danso of the 66 Artillery Regiment and SWOI Emmanuel Fiaworte commanding the veterans.
Wreaths were laid in remembrance of the fallen heroes by Hon. Joseph Amenowode, Volta Regional Minister, on behalf of the President and people of Ghana, Lieutenant Colonel Abbass Seidu, Commanding Officer of the 66 Artillery Regiment, on behalf of the Security Services in Volta Region while Togbe Koku Ayim IV, Paramount Chief of Ziavi Traditional Area, laid one on behalf of the chiefs and people of the Region and Major Adzraku (rtd), Volta Regional VAG Chairman, laid a wreath on behalf the veterans.

Prior to the wreath laying was Traditional, Christian and Muslim prayers said for the fallen heroes and at exactly 11am, Amidst blaring of the siren, gunshots by the 66 Artillery Regiment, the last post was sounded and the reveille blown after which a one-minute silence was held.

The Remembrance Day is an annual event, which is observed worldwide to commemorate the end of the Second World War and to honour war veterans.
Present at the ceremony were, Col. Cyril Necku, (rtd) Deputy Volta Regional Minister, and heads of security services and departments and agencies.
Bellow are shots from the event. 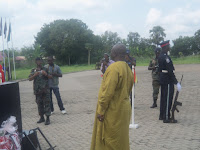 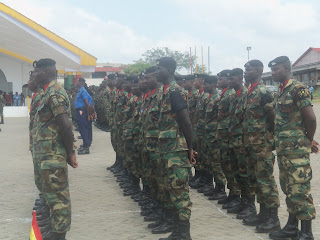 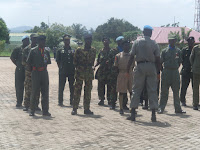 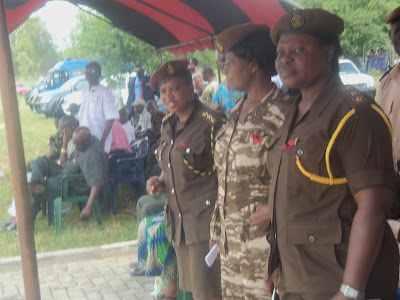 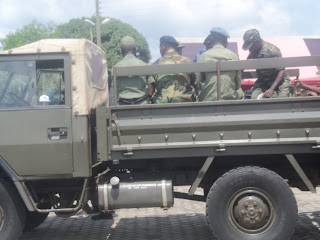 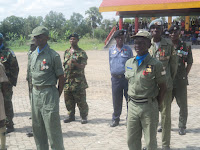 ECG/GWCL WORKERS URGED TO BE ABREAST WITH REGULATORY PROVISIONS

Redeveloped Ho central market to be ready in June